About the Author – Barry Green

Barry Green: Born in Doncaster, UK in 1951, he attended Doncaster Grammar School. This school, established in 1350, understandably had a very rich history and was one of the very few schools in the UK to boast (excuse the pun!) squash courts. When he attended the school these were situated completely on their own, away from the rest of the school buildings, with entry directly onto the courts from the playground area. There was a spiral staircase leading up to a viewing area overlooking both courts – and completely open to the elements. In winter, it was absolutely freezing, and the ball was like a lump of lead. 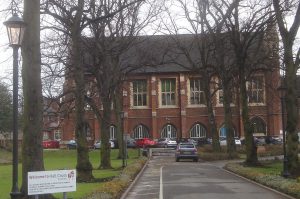 He started to play around about the age of 14, and was part of the squash team. Since there were not many other schools to play against, the team played against teams from the local RAF stations. The whole team thought it was great travelling by bus to these venues where the opposing team would make them welcome and feed them afterwards – they might even get glasses of shandy if they were well-behaved!

Barry Green’s interest and enthusiasm for squash continued when he left school and went to Leeds University, where he played with other students on the university courts.

He has continued playing ever since these early days right up to the present day. He is currently living in the United Arab Emirates, and plays at least once or twice every week – sometimes four or five times a week.

Barry would not say that he was ever a brilliant player, but after 50 years, I guess he has a few ‘tricks’ up his sleeve, and can still run around the court like a man possessed. Barry is the first to admit that he loves it when he plays with relative beginners, who are very keen, but inexperienced, and come on court convinced that they will have a walk-over, playing this “over-the-hill old man”……. It’s often a different story when they come off the court!

In any event, win or lose, Barry Green thoroughly enjoys his squash. It will be a very sad day when his aging body forces him to retire from the game – may that day be a long, long way off.

He has seen the game change considerably throughout his playing career. The first racket he owned was a Dunlop Maxply – much like this:

How rackets have changed! It’s not just the rackets, either – When he first started playing, the server got 2 serves –  if his first one was out he got another chance! Games were played up to 9 points, and you could only score a point if you were on serve! Hardly anyone asked for a let – and getting hit in the middle of the back with the ball was not uncommon – although thinking back, this may have been because the sports teacher who taught him was a bit of a sadist 🙂

Barry can now look back fondly on these early years, and considers himself very lucky to have been able to experience such a lot of enjoyment from the game over the last 50 years or so. If any of you reading this are just starting out with your exposure to squash, then I just hope that you experience even a tenth of the pleasure he has had from the game!