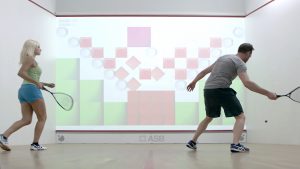 As you can see in the illustration above, the “Interactive Squash” part of this game comes from a projector that updates the picture shown on the front wall of the court, together with motion detectors and software that tracks where the ball hits the front wall and various other parameters.

Brings a fun element to the game

In addition to all this, there’s an App (well, there would be wouldn’t there! 🙂 ) that can be used to pit yourself against others playing in another court – or even another country! 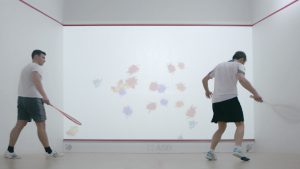 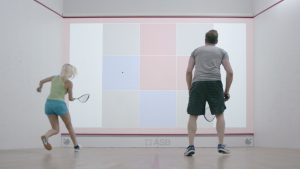 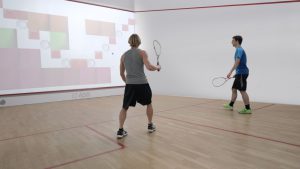 As you can see the different games use different  ‘targets’ projected onto the front wall.

Details are a little sketchy right now about how this can be introduced to your own courts, but I am assured that almost any court can be adapted to become an iSquash court. It takes only a couple of days to convert the court, but costs are unknown at this point.

See it in action here

Personally, I’m all in favour of anything which introduces the wonderful game of squash to more people and attracts them to play ‘the real thing”!

I wish them great success. Find out more here

This entry was posted in For Beginners, General, Squash News and tagged Interactive squash, iSquash. Bookmark the permalink.