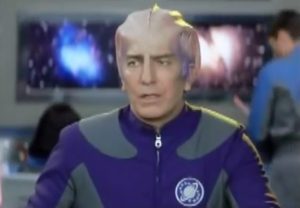 I’ve come across two fantastic youtube examples recently of why you should never give up. The first one is in a match between Mathieu Castagnet and Daryl Selby.

Selby is in control during this rally, and Castagnet has to dive to reach a clever boast from Selby – and is on the floor when Selby makes a rather nonchalant lob to the back of the court, thinking he’s won the point. But no – Castagnet is up and on his feet in no time at all, and probably whispering to himself “never give up….” or something similar (!)  he sprints to the back of the court, completely catching Selby off-guard by a drive down the wall. A fantastic example of why you should never give up.

The second example I came across recently is during a match between Paul Coll and James Willstrop in the 2016 Canary Wharf Classic.

It’s worth watching this video clip for the commentary alone, let alone the action on court!

Coll is well-known for his trademark dives, and has to resort to one during this rally. Willstrop executes a drop shot to set up the action, and Coll gets to it quite easily but slips while making his shot, ending up spread-eagled on the floor on his knees, allowing Willstrop to make what he probably thinks is a winning lob to the back of the court. Again in this example, the disadvantaged player, Coll in this case, says to himself “never give up” – and sprints to the back of the court and just manages a rather loose boast – giving Willstrop a fairly easy cross-court drop shot – which he executes well.

But Coll is not finished yet – and dives full-length to get to the ball. Unfortunately this sets Willstrop up for a great drive down the wall, which Coll has to dive for yet again – his return hitting the centre of the front wall and landing at the feet of Willstrop who, by this time is probably thinking he has to do something amazing to keep it out of the reach of Coll. And then the unthinkable happens – Willstrop goes for a cross court drop, but puts it in the tin!

Two great examples from the professionals why you should never give up on getting to return a shot – no matter how hopeless it seems.

Why have I added the “never surrender” part to the title of this post? Well, that’s sort of emphasising the point. If you give up on a point – you are just waving the white flag and offering to surrender – and that’s not how to win a match. Always try to get to the return and never surrender a point to your opponent – make him/her fight for it!

And what’s the deal with the picture of John Rickman in Star Trek mode above? Well I used the full “never give in, never surrender!” phrase for another reason – and this particular phrase may be familiar to some of you. There’s a great film (well I think so, anyway!) called ‘Galaxy Quest’, which uses this exact phrase as the main star’s rallying cry. The film, released way back in 1999, is about a group of actors acting in a TV show which is a parody of Star Trek – but somehow they get involved in helping an alien race save the universe. Give it a watch sometime!

So – whenever you are up against it in a rally and you think your opponent has hit a shot that it’s not worth you trying to return, as it’s only prolonging the inevitable – remember, “Never Give Up, Never Surrender!”

This entry was posted in For Beginners, Playing hints and tips, World Squash Tournaments and tagged never give up, perseverence. Bookmark the permalink.